Home Uncategorized How Can My Organization Prepare for Q1, 2020?
NextPrevious

Let’s look realistically at some achievable goals for Q1 of 2020.

A good place to start is breaking down the time. Q1 typically runs from January 1st to March 31st. This year, January 1st is a Wednesday — so it’s a safe bet a lot of people won’t be back in the office on January 2nd or 3rd, which would they would have been if it were to land on the weekend.

That’s 68 work days (M-F), minus two holidays (for Americans): Martin Luther King Day and Presidents’ Day. 63 days of work is a nice little chunk of time to get some tasks productively done; most quarters generally have about that many days, but Q3 (often in summer) sees people on vacation often, and Q4 overlaps with two major holidays. Q1 doesn’t have any of the conventional reasons people take time off work, minus perhaps wanting to escape cold weather.

68 work days x 8 hours a day (sometimes will be more) gives us 544 work hours. Per McKinsey research, average office workers spend 28% of their time checking email. Off 544 hours, that would be 152 hours checking email (sheesh), which means you’d have 392 hours left in Q1. Second problem: we spend about 35 percent of our time in meetings. (Higher for upper management, actually.) That would be 190 hours in meetings of the 392 you’re not emailing (sheesh), meaning you went from 544 work hours in Q1 to … 202, and that’s just because of meetings and calls. You’re now actually working 3.7 hours per day — not 8. 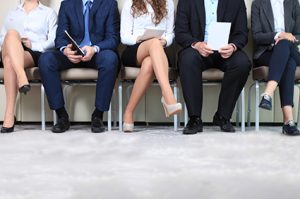 If you are a hiring manager or work within HR, Q1 is a good time to find full-time employees. It’s unfortunately an undeniable fact that companies slice headcount at the holidays because the holidays corresponds with fiscal year-end. (Slicing headcount is one way to showcase better growth.) But because many companies are busy around the holidays, it’s not typically a great time for hiring. (Except in retail.) What’s more, we are currently in a jobseeker’s market. So, you are even less likely to get any luck at least in your first month of searching. This might be offset in January by the fulltime jobseekers who were laid off for headcount reasons from other firms. Go after them for roles you need filled! 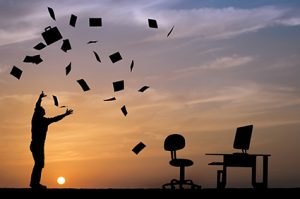 We all want to think of a new year as a new beginning and set ourselves on some great strategic quest to conquer our vertical, but oftentimes something has to happen before that process can begin: you need to get organized around systems and tools. If you’ve been putting off a CRM upgrade or a new filing system or even a SEO audit, do it in Q1. If you hit the summer and haven’t done it yet, you’ll already be thinking about next year. Do it now. Attack the business process problems that prevent true productivity before the year is half over. Watch how good your Q3 and Q4 can be as a result. 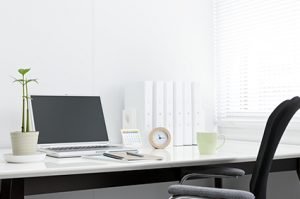 Spring cleaning can be a blessing

As noted in this article on office productivity, oftentimes the winter months are freezing outside, and this can be a problem for morale. You probably won’t leave the office for huge stretches unless absolutely necessary. If you’re going to be inside anyway, why not organize your desk or conference rooms in more effective ways? You’ll be staring at it often, so … no time like the present, right? And a new change is exactly what the office usually needs to get things going when it’s gloomy outside.

This is a hard one for everyone because of hierarchy, but look at some of those statistics above. Your workdays are literally getting cut in half because of meetings and emails, neither of which is altogether that good at driving business forward. No one is just going to stop emailing, but try an approach where you only check twice per day — once at beginning, and once at end. (Or check email in “batches,” where you assign different messages into folders.) As for meetings, again, it’s hard to simply say “I’m not attending that.” But we all receive meeting invites that are clearly aimless from the beginning, with no agenda or schedule or desired outcome attached. In those situations, unless it’s your direct boss or another supervisor requesting the meeting, push back a little. “Hey, what’s this meeting going to be about?” When a meeting truly has no purpose — sadly often happens — it’s just a bunch of people sitting around wasting 30 minutes-1 hour. Try to find yourself in less of those during Q1. 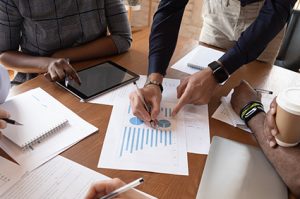 Once the year gets rolling, “busy” tends to overwhelm “productive,” and concepts like recognizing employees more (soft skills) fall by the wayside. Come up with a plan to recognize a colleague weekly, or a team member monthly, or something along those lines. As productivity tool Trello has noted, having a plan around knowledge-sharing or general recognition of others can be a major boost to revenue as well.

A version of this article was published by Ted Bauer on December 21st, 2016.