The sports industry is one of the world’s oldest institutions. There is a great deal to be said for the age-old traditions adhered to, and the legacy left by the legendary all-stars of the past century. And even beyond as the World Cup continues to dominate the international scene and the Olympics date back to Ancient Greece. However, it is this expansive timeline which creates hurdles for teams today. The antiquated methods of collecting and cataloging data are coupled with the massive aggregation of athletic information generated by teams, athletes, and conferences over the years: the perfect storm for a perfect headache. As it stands today, industry habits of managing content could seriously benefit from an overhaul.

Whether you’re at Guaranteed Rate Field or a college athletics department, every sports arena has some sort of accompanying office. This is where the team administrators make travel plans, manage player’s injuries or health, organize events, and handle marketing relations. Perhaps because these offices are the last thing a fan thinks of when attending a game, less attention is allotted to them. The end result? Record keeping systems that have scarcely been updated since the office was built. 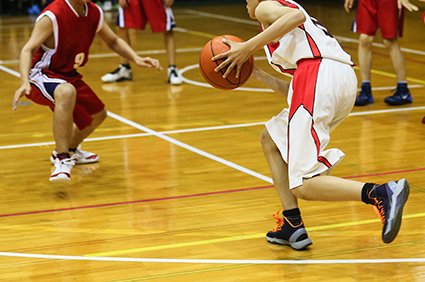 Files are collected in paper folders and stored in a series of cabinets, which have stood since time immemorial. After a game, if an employee needed to check up on the records which may or may not have been broken, they would then have to scour these folders for hours or even days. This information is plagued by yellowed paper with fading type, missing game write-ups, and stenographical errors gone uncorrected. Unfortunately, this habit did not stop over the decades. File storage today follows the same trends.

Sports and the Press

Sports and media share a symbiotic bond. Big news stories can be spontaneous and chaotic, but game day comes around consistently. Working in the marketing department for a professional sports team, some part of your job may involve monitoring game highlights in the paper. You clip every article on your team from major newspapers, tape them to the pages of a binder, and store that binder in a box when it’s full. That box goes on the shelf with all the other boxes. Where does this madness end? It doesn’t. Grab the next binder and stay buried in Trapper Keeper purgatory forever.

Down in the stadium, where the players and the press make the most contact, credential cards need to be handed out for those with permission to interview the team or sit in the press box. An enormous, archaic typewriter may have seemed the perfect tool for this task half a century ago, but the fact that some staff still use one today is alarming. This prolongs the process and may lead to human error which can otherwise be avoided. In addition to the small typewritten cards, a massive tome inches thick was printed for every game’s credentials list. During media timeouts, which can happen eight, nine, ten times per game, a printer is hauled out to spit out scores of stat sheets for hungry journalists. Neither an efficient nor an environmentally friendly way to keep track of who’s who and what’s what.

That is not to say some staff have not gone digital. Using Microsoft Office or Adobe InDesign to create game notes is not unheard of. And yet these files are still not as organized as they could be. Documents are stored on single computers and transferred via flash drive. With more than half the records kept in cardboard boxes and anything new saved without backups, a lone flood or fire could destroy any hope of recovering a century’s worth of valuable documentation. 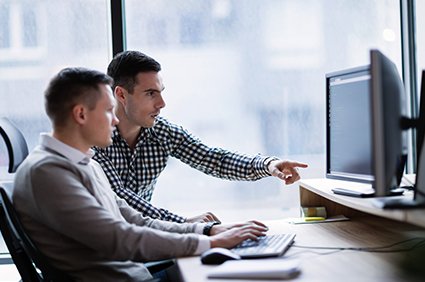 Contentverse solves every one of these issues. All of these old files can be scanned into the system and categorized based on team, player, season, game, or an infinite number of other divisions. Safely encrypted and stored on secure servers, records can be retrieved immediately. Remote access means that every press credential printout can instead be kept on the server and summoned court side when needed.

Sports may keep the cash flowing, but every team still needs a budget to afford contracts, equipment, transportation, and stadium maintenance. A disorganized staff running on paper-based documents is costing the industry some serious green. Contentverse saves enough money to expand the budget and improve the sport in every way. Switching to something so new may seem to fly in the face of tradition, but really a change like this will keep any team from giving up on America’s favorite pastime. Managing files for the team is crucial to everyone, from the pitcher throwing an impossible curve to the five-year-old seeing his very first game. Contentverse is what every sport needs for document management. It’s here to stay, and here to play ball.