How to Jazz Up Summer Office Life

How to Jazz Up Summer Office Life

Pop culture is riddled with references to how summertime should be spent, from Will Smith (“There’s an air of love and of happiness”) to Grease (“Summer lovin, had me a blast…”) and all points in between. In many parts of North America, the weather’s better — and there’s a natural inclination to go outside and be active.

The unfortunate reality, though, is that in capitalism you need to make some money. That often involves having a job, or series of jobs, and that typically involves an office. Indoors, maybe over-air conditioned, and not quite the same levels of fun as driving top-down on some coastal highway, the summer office seems like no fun at all.

There is a concept of ‘summer Fridays,’ by which some employees get every other Friday off — or get to leave around 2pm on given Fridays. According to studies, though, only about 12-30 percent of companies offer that option.

How can you embrace what summer represents while also making sure your team remains productive? You can lean into the idea of summer as opposed to attempting to fight it — which might ultimately be futile. 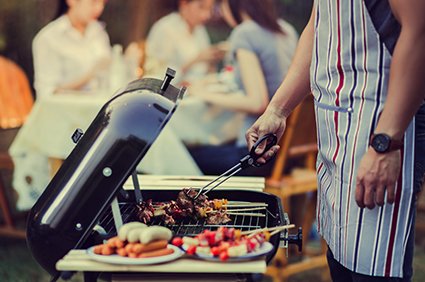 In some ways, this concept is synonymous with summer. If your office has access to outdoor space, use it. Create a BBQ, or multiple BBQs. You can have people sign up for specific roles, and/or to bring specific sides and toppings. It’s a great, relatively cost-effective team-building activity. If your organization is housed in an office park, consider working with other organizations in the complex and co-sponsoring the event. Then your employees will know other employees they see every day in the building and the parking lot, and that can foster great new connections. That always has the chance of leading to new business opportunities.

In 2014, Apple won a patent for a solar-powered Macbook. At the time, some believed it would be a game-changer for summer work — imagine the possibilities! Productive work is often about shifting the context and scenario anyway, and summer is an optimal time to try and get outside while still staying on-task. There is a $350 Ubuntu laptop that runs on solar power; while you might not be able to convince your boss it’s a total necessary buy, you can always consider it as your personal laptop — and then if you need to be near e-mail after working hours, it’s an option as you picnic with your family. (Obviously your phone would be an option for answering e-mail as well, but we all know some of the limitations of mobile response to after-hours emails in terms of clarity and composition.)

The summer is an awesome time for team-building retreats and activities. The one thing that most teams and organizations actually miss, though, is the time frame needed for these retreats. To do effective team-building and strategic work (which ideally is the 1-2 punch goal), you need at least three days. Some organizations are leery of this because of (a) cost or (b) time away from day-to-day work priorities, but the summer is a good time to invest in this. Summertime work tends to move a bit slower — see the next section for more — and missing 3-4 days isn’t that egregious, especially if you’re missing them to work on strategic planning and make your team closer. Many organizations end their fiscal year on July 1. If you’re in this boat, definitely consider a late June to mid-July retreat to clearly define priorities and ideas for the next FY. 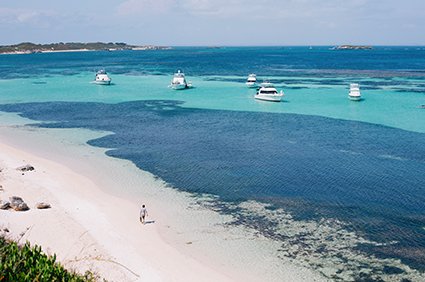 Last year, Americans left 430 million vacation days on the table. Yes, that is not a typo: 430 million days, or the equivalent of 1,178,082 years. Take vacations. If you’re a leader/boss in your organization, make it clear to people that taking vacation is OK — and, in fact, encouraged. If you have school-aged children, as many do during their peak earning years, summer is a great time to take vacations. It’s not a coincidence that Disney’s most popular time tends to be the summer. Vacation is crucial to effective work because it allows you to rest and recharge, which ideally brings you back to work with a renewed sense of purpose around what you need to accomplish. If you’re spending 50+ hours a week from June to August slogging away on tasks in the summer office, that purpose and sense of accomplishment might be harder to come by.

Remember Field Day as a kid (some called it Sports Day)? It was usually near the end of the school year after most of the learning and exams were done. And usually you went to a park/field and had color wars, competitions, and other games. Plus, there were prizes! Many people have fond recollections of childhood Field Days — and just because you’re a professional adult doesn’t mean that has to stop. You can recapture that as “Values Day,” which is akin to a field day but focused somewhat on your company’s mission, purpose, values, and goals. Or heck, just have a Field Day and pit departments against each other in three-legged races and egg-spoon passing. It’s the summer. You have tasks and priorities, but shouldn’t the living be easy here and there too?

Summertime is a welcome respite after the blizzards of winter and the thunder storms of spring. It’s everyone’s time to enjoy nature, warm weather, and the easy breeze of relaxation. If you show your team that you’re on board with these summer office notions, they’ll thank you for it and pay you back in productivity and a positive work ethic. Worth it!