Once upon a time, in the early days of computers, many of them could really only do one thing—as opposed to today, when our computers are built and designed to do everything.

These archaic computers were also much slower than ours are now, and were operated by control panels, which a worker would have to operate, manually entering small programs with switches in order to load and run a series of programs to accomplish a set of tasks. This tedious process could take hours, and even up to weeks to complete.

As computers began to get faster with time, run times dropped, and before too long the time it took to start up the next program became a concern. This is why batch processing began: to decrease these “dead periods” by having programs ready to go so that as soon as one program was finished, the next could start right up. 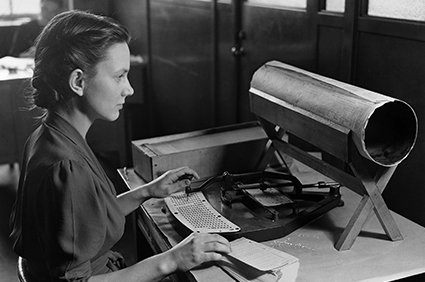 Out With The Old…

Back then, employees accomplished this process using physical paper card punches or paper tape writers. They would accumulate these into a stack—or “batch”—that those employees would have to work their way through, feeding them into computers.

We’ve come a long way since then, with batch processing now able to be completed quickly and by just one employee at their desk using software.

With batch processing software, the batch processing operators of the early 1960s wouldn’t believe their eyes. A task such as indexing scanned forms or sending out bulk correspondence all at once (or in quick succession) is simple to automate.

In With the Modern…

Basically, a good batch processing program is another helpful modern tool that will cut down on hours of work time and keep employees from losing their minds with frustration. After all, batch work loads haven’t gone anywhere. Companies still need to index records, send out messages, and do plenty of things that can be considered a batch task, such as computing bills for phone customers or generating tax reports.

Now that software and metadata exist, batch processing has been made much, much more convenient.

A batch task can easily be set by an employee. With batch processing software, they can schedule the system to run for the exact amount of time and capacity needed to complete the batch job. Batch processing can be “fixed and set”, making human involvement minimal—i.e., employees can get more work done elsewhere.

Batch processing works by locating metadata to complete the task, and can be used for many critical things for businesses, such as ensuring that company content and information is submitted on time and in the correct order; knowing exactly when a previous process is completed; dependencies across servers, and much more.

The right batch processing system can greatly benefit a business by giving company owners the peace of mind that processing is happening without the burden of human error and time consumption. Batch processing software can keep working long after employees have gone home for the day—the system can be set to keep carrying out its task after hours. A good batch processing program is also more cost-effective compared to the same amount of work that would have to be put in manually.

The Benefits of Batch Processing

Any company dealing with things such as payroll and billing—or any task that is repetitive and time consuming, really—can benefit from batch processing software.

Large, small, and medium-sized businesses all should become familiar with batch processing solutions. 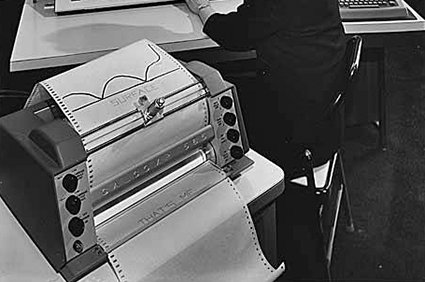 Just imagine if the old process of batch processing was still used. It would take so long to get anything done! Even after the punch cards and paper tape writers of the early 1960s, the next two decades still saw clunky batch processing methods. We are fortunate enough now, in 2016, to have the option of more advanced batch processing programs.

If you haven’t already, why not check out batch processing options and simplify your workflow? It should go hand-in-hand with your other document management solutions.

Contentverse is a leader in the world of content management for businesses. To learn more about key features in Contentverse 8.3, give us a call or email us!